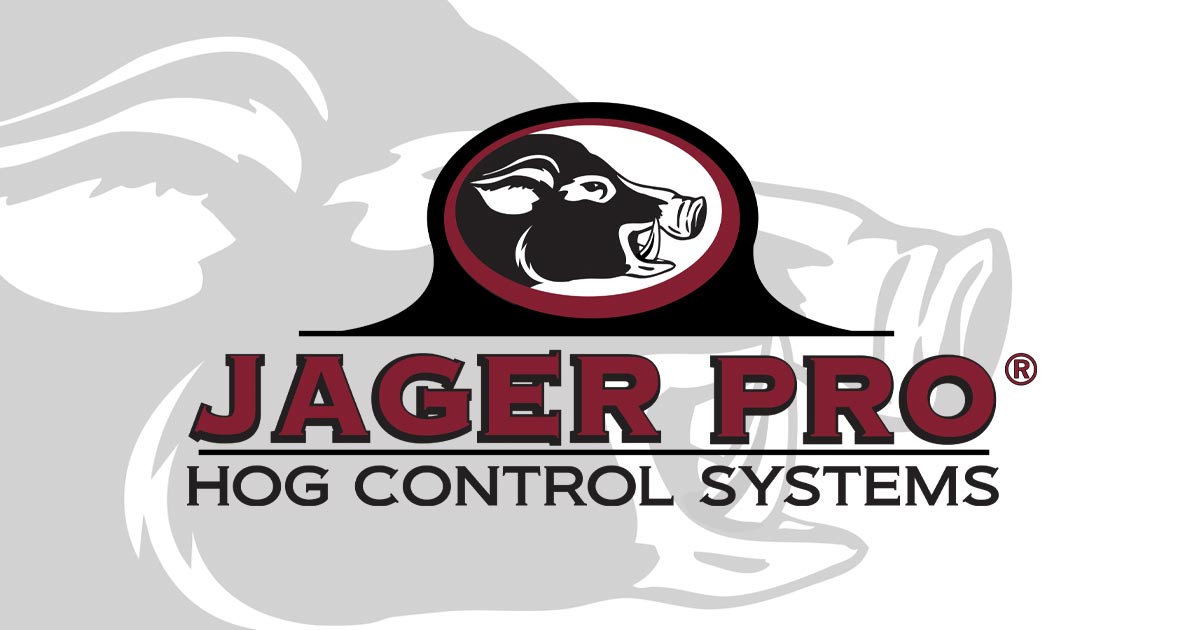 It’s early August as I wright this, and it’s hot and sticky! Go figure. No real surprise here in southwest Georgia. Not too much feral hog shooting going on right now, at least the way we do it. On open farm fields, in the dark, with thermal optics. The reason for the hiatus is the fact that the corn is still up, and the hogs are invisible until they start shelling, and the peanuts haven’t started to make yet. So, what is a guy (or gal) to do when the urge to pull the trigger on some pork just gets too strong to overcome?

For me, the answer to this question started about a year and a half ago when I started planning a safari to Zambia with my good friend Bill Crowley. Bill started out as a client of mine for both pig shooting and as a shooting school client. But, as often happens in this line of work, Bill has ended up as one of my best friends. Bill had been planning this trip with a business colleague that ended up having to cancel out and I was fortunate enough to get the invite. Our main quarry for this hunt was buffalo with plains game as targets of opportunity.

As luck would have it, they received the most rain they had had in eighteen years. The downside to this as far as the buffalo shooting was concerned was that there was way too much grass, up to 12-14 feet tall, and way too much water. The problem with too much water is that the buffalo are not forced to localize, and therefor way more difficult to find or pattern. Long story short, I didn’t get my buffalo on this trip, but not for lack of trying.

As luck would have it, there were very good quality warthog in the area we hunted. There were also bush pig, but we never saw one. I had wanted to shoot a warthog when I hunted Zimbabwe in 2009, but the soil there was very rocky which caused the tusk quality to be poor. One afternoon late in the hunt, we were driving looking to try and cut some fresh buffalo tracks when a VERY nice warthog flushed. Immediately the safari car came to a halt and we were out. After a short discussion between my PH (Professional Hunter) Lance Higgins and his head tracker, Japht, we were on the track. Fortunately, the brush was fairly thick and the hog was calm because he lost sight of us and we had the wind. About as fast as it took to make a plan for the stalk, we had a shot opportunity, and I did not hesitate. 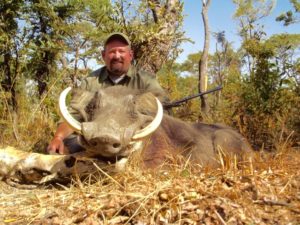 As you can tell from the picture, warthogs carry a bit more ivory then our feral hogs do, but this guy was ridiculous. I’m not an inches guy, but when the PH’s grin was as big as mine, I knew we had something special.  I hope I will have another chance to cure the mid-summer hog shooting blues on the Dark Continent again someday. Maybe I will even get a crack at the super elusive bush pig. Hopefully you have found a way to spend your mid-summer break as happily as I did.

Until next time, good luck, and good hunting.