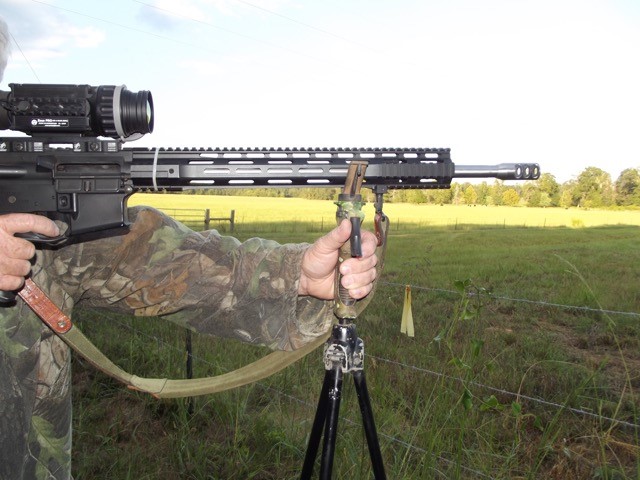 It seems like everyone and their brother, sister, aunt, and uncle are pig shooting these days. And why not? Feral hog shooting is fun. What’s not to like? There are no closed seasons in many states, and generally no bag limits. On top of that, they’re good to eat. At least the sows and small ones are. The biggest problem I see is that hunters are not killing enough of them. And at the rate they reproduce, it’s hard to stay ahead of the population with shooting them.

If your one of the diehard pig hunters who seem to find all the pigs you want, but not killing as many of the destructive swine as you would like, I am going to give you a couple of shooting tips to help you up your kill count and help the environment in the process.

The first step is to get a rest. I recommend a tripod such as the Primos Trigger Stix or the Bog Pod. These will increase the stability of your hold to the point that an accurate 300-yard shot should be doable with a little training. If your practice is to get close to a sounder before you open up on them, the tripod will help tremendously with the running shots.

If you watch much shooting on T.V., you will see a lot of people using tripods in a lot of different ways. Some like to put the forehand of the rifle in the rest, what I see the most, and others will put the rifle’s balance point in the rest. I prefer option two. This will give you much more vertical control of the rifle for the initial shot, and will aid in recoil recovery and lateral stability for shooting the running shots.

I have included three photos to illustrate what I am talking about. Fig. 1, NOT recommended. Fig. 2. GOOD. And if you really want to shoot like a pro, fig. 3, tuck the forearm of your non firing hand into the side of the handle for the most support possible. 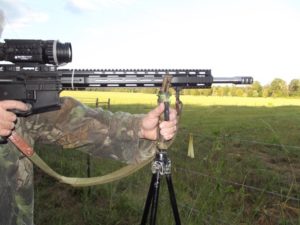 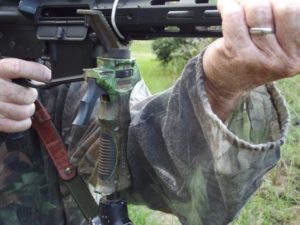 Next time I will talk about grip, trigger control and how it will improve your accuracy. Good luck, and good hunting.