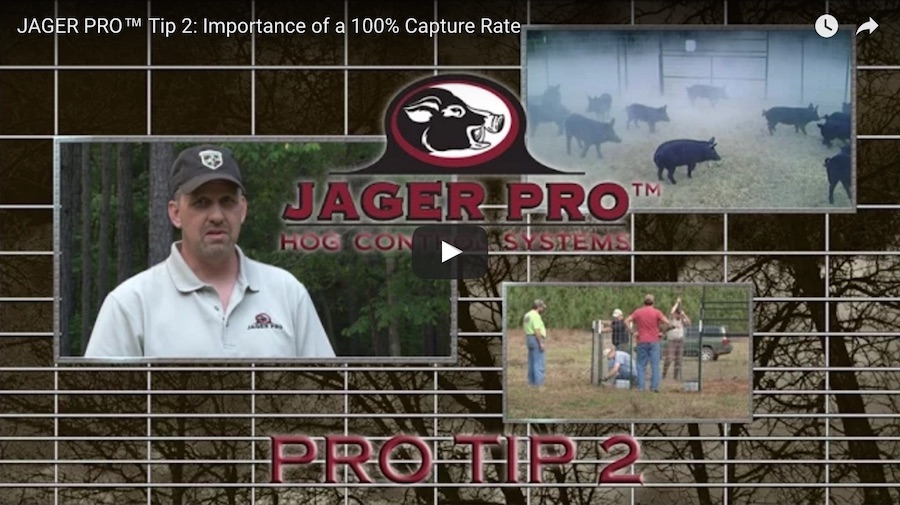 We have already established feral pigs are NOT considered a game animal, but rather an invasive species and an agricultural pest. They fall into the same category as a rat, cockroach or termite and must be controlled with the same zero sum mindset. For example, if you had termites in your house, do you want the pest control agency to remove half the termites? How about two-thirds? I’m quite certain you would demand efficient control methods are used to remove every pregnant termite, baby termite and termite egg from your home. Why should farmers, landowners or wildlife managers expect anything less from their pig control program?

Here is video documentation of 33 pigs destroying a freshly planted peanut field. What is your definition of success? Most would consider removing 29 of 33 for an 88% capture rate to be a success. However, this mindset would be incorrect. The video confirmed the last four animals arriving at the trap several minutes later were pregnant sows. These four sows would have been missed if a traditional trip wire had been used. Our team used remote control technology to capture all 33. We performed a necropsy and discovered the last four sows carried 28 fetuses which were only a few weeks from birth.

The teachable moment to understand is after all the work to capture 29, an 88% capture rate would have left the landowner with the same feral pig population in 30 days with four newly educated adult females as the sounder leadership. Whether you are targeting a swarm of termites or a sounder of feral pigs, the objective should be 100% removal so there are no educated animals left to reproduce. Our goal is to share Integrated Wild Pig Control® methods and technologies which will allow landowners to better control feral pig populations on your property. 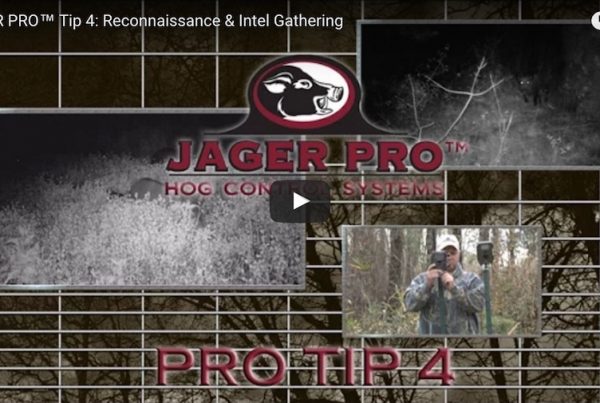 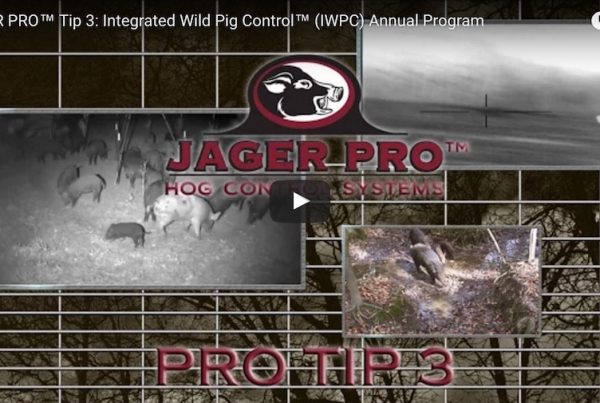 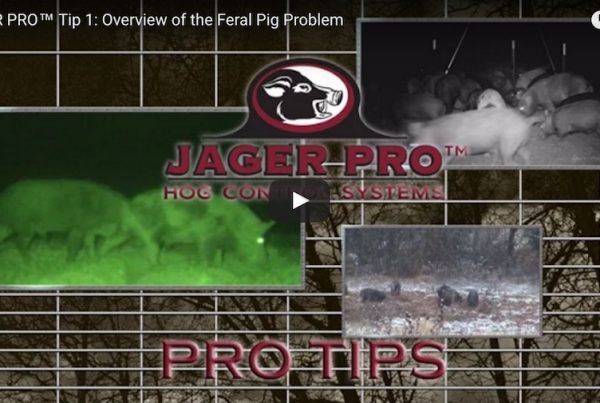