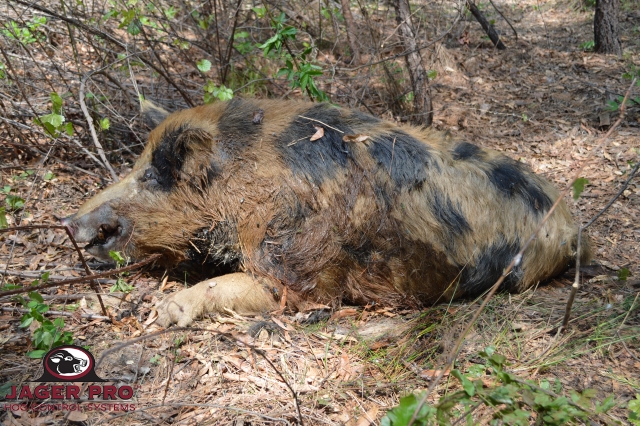 This week, we demonstrate thermal shooting operations are absolutely necessary when removing the most intelligent adults from a property. We also reinforce that our process and products must continually change to target these adaptive survivors. Selecting the most effective shooting position at seasonal bait sources is critical to the success of an Integrated Wild Pig Control® program. 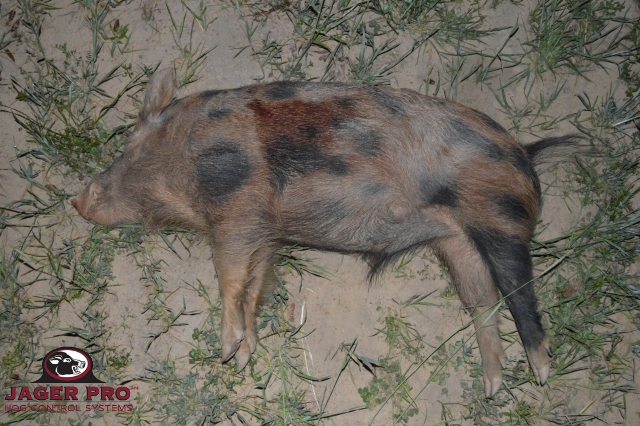 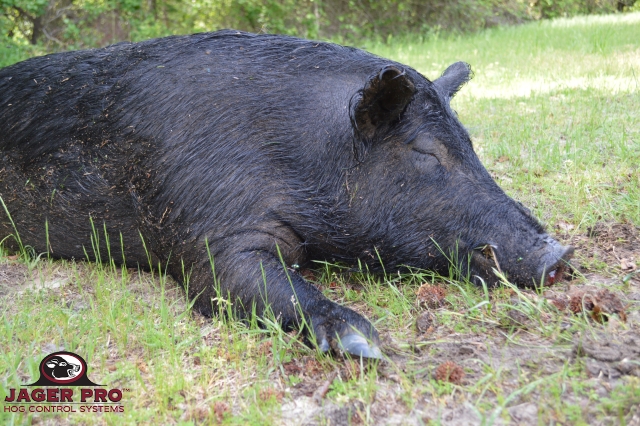 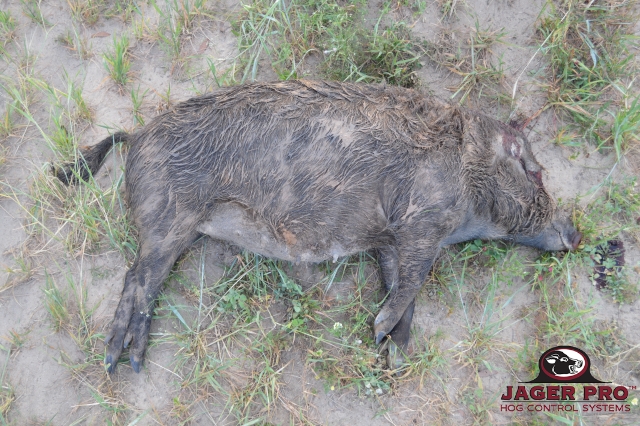 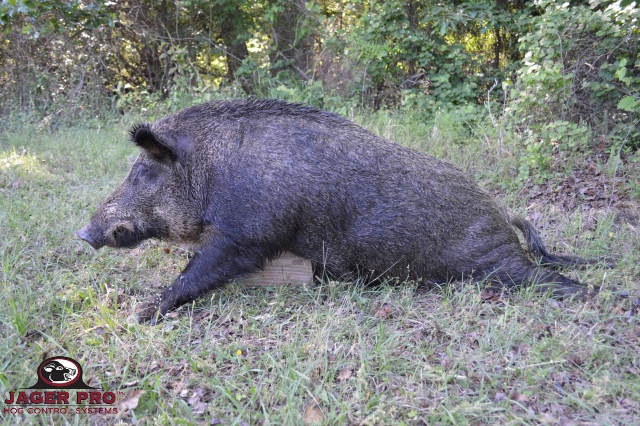 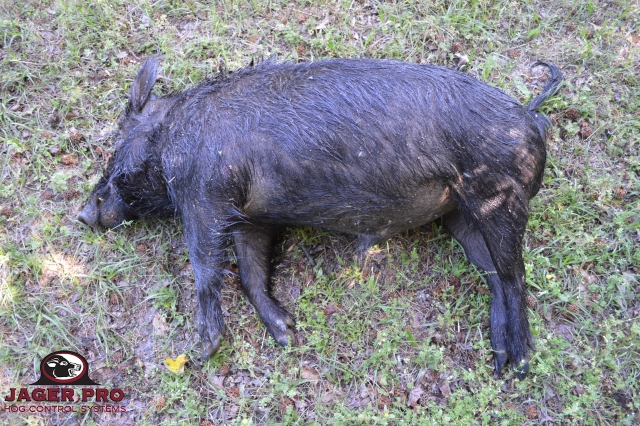 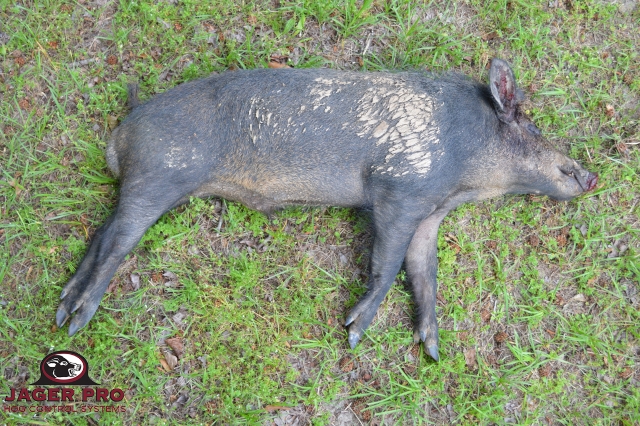 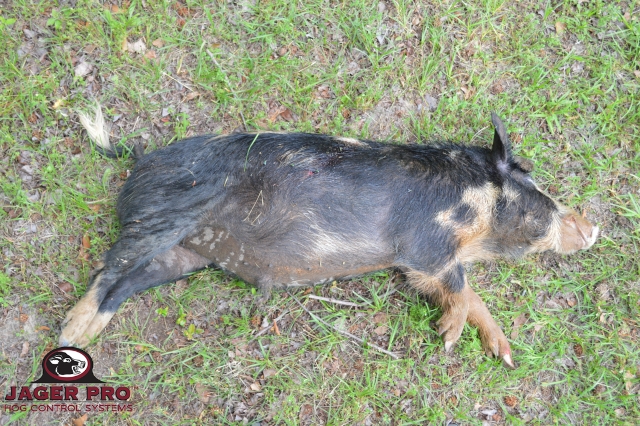 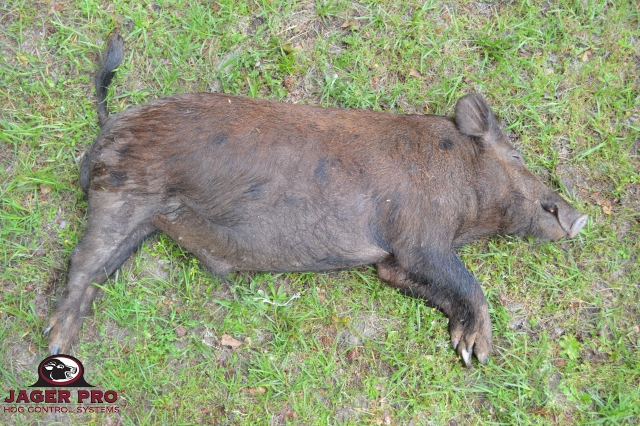 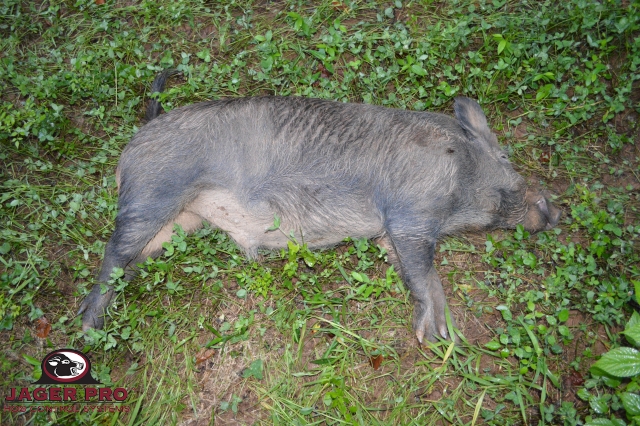 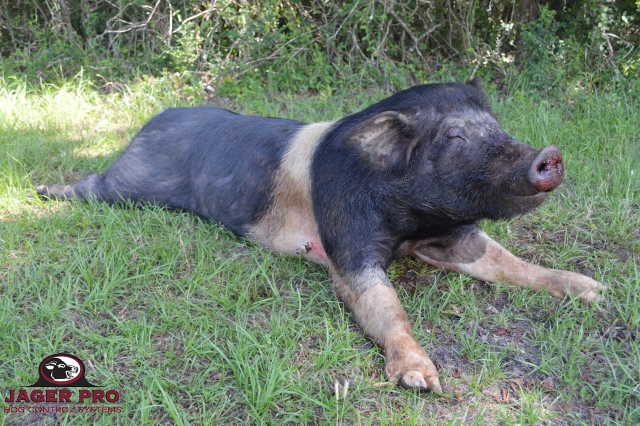 We removed 11 of 11 targeted pigs for a 100% removal success rate. Therefore, we accomplished our performance goals, using a trained and certified Hog Control Operator™ shooting during spring months with a thermal scoped rifle. The total number of pigs impacted during this mission was 11. 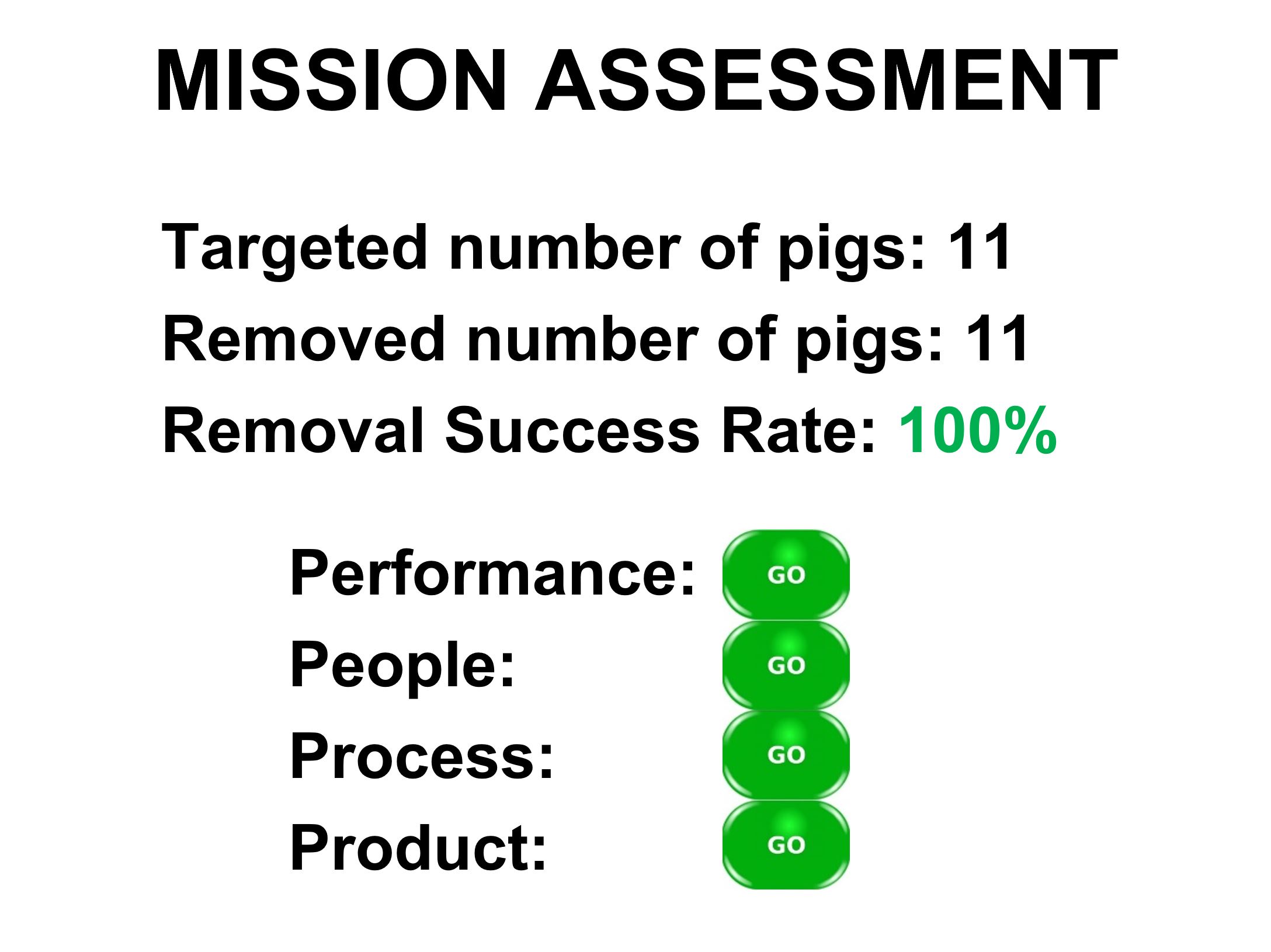 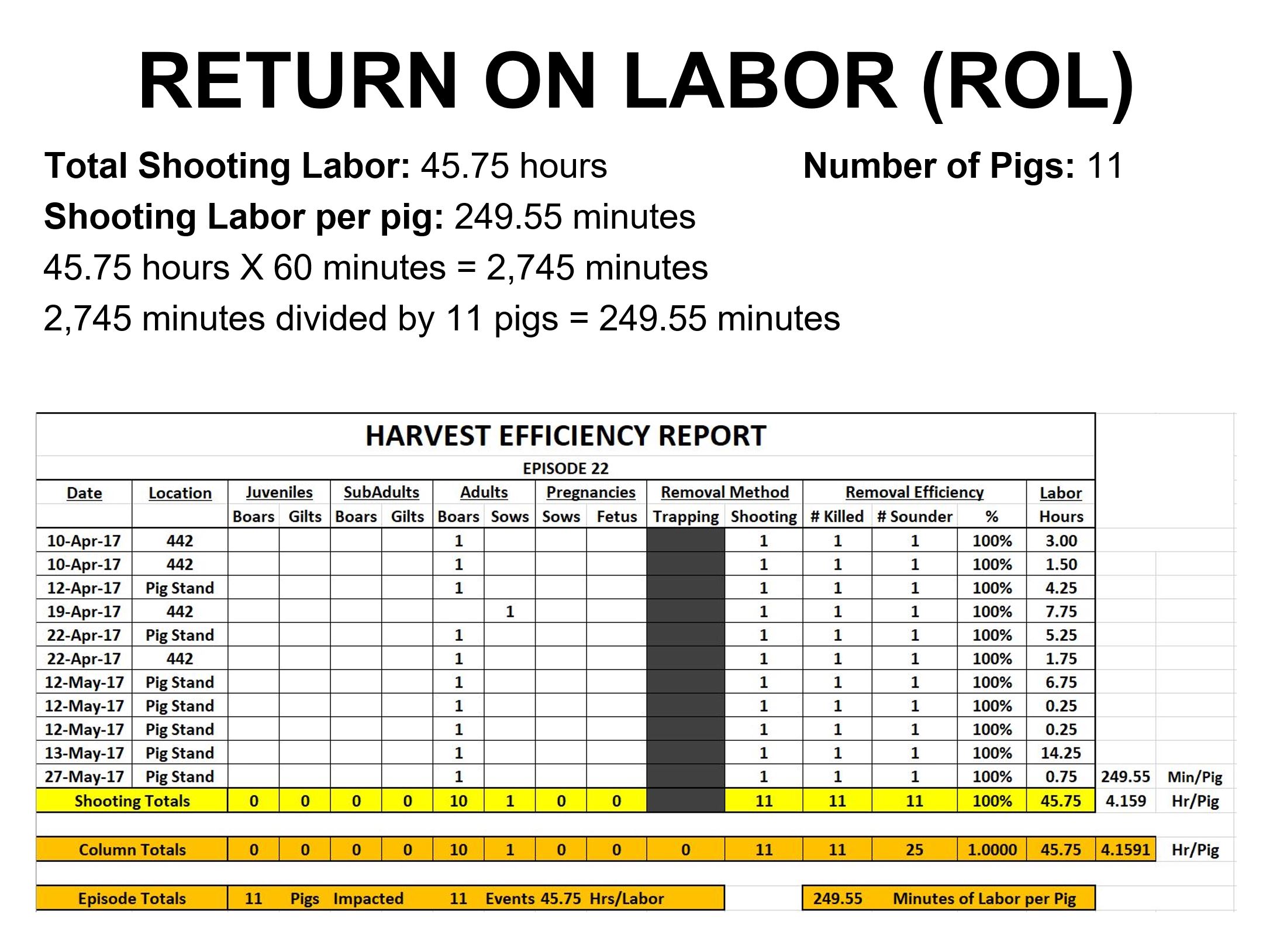 This episode, the annual damage prevented by shooting was $4,400, divided by 45.75 hours which gives us a Return on Labor of $96.17 per hour. Project data from 22 episodes verifies single adult boars require the most time and labor to remove. 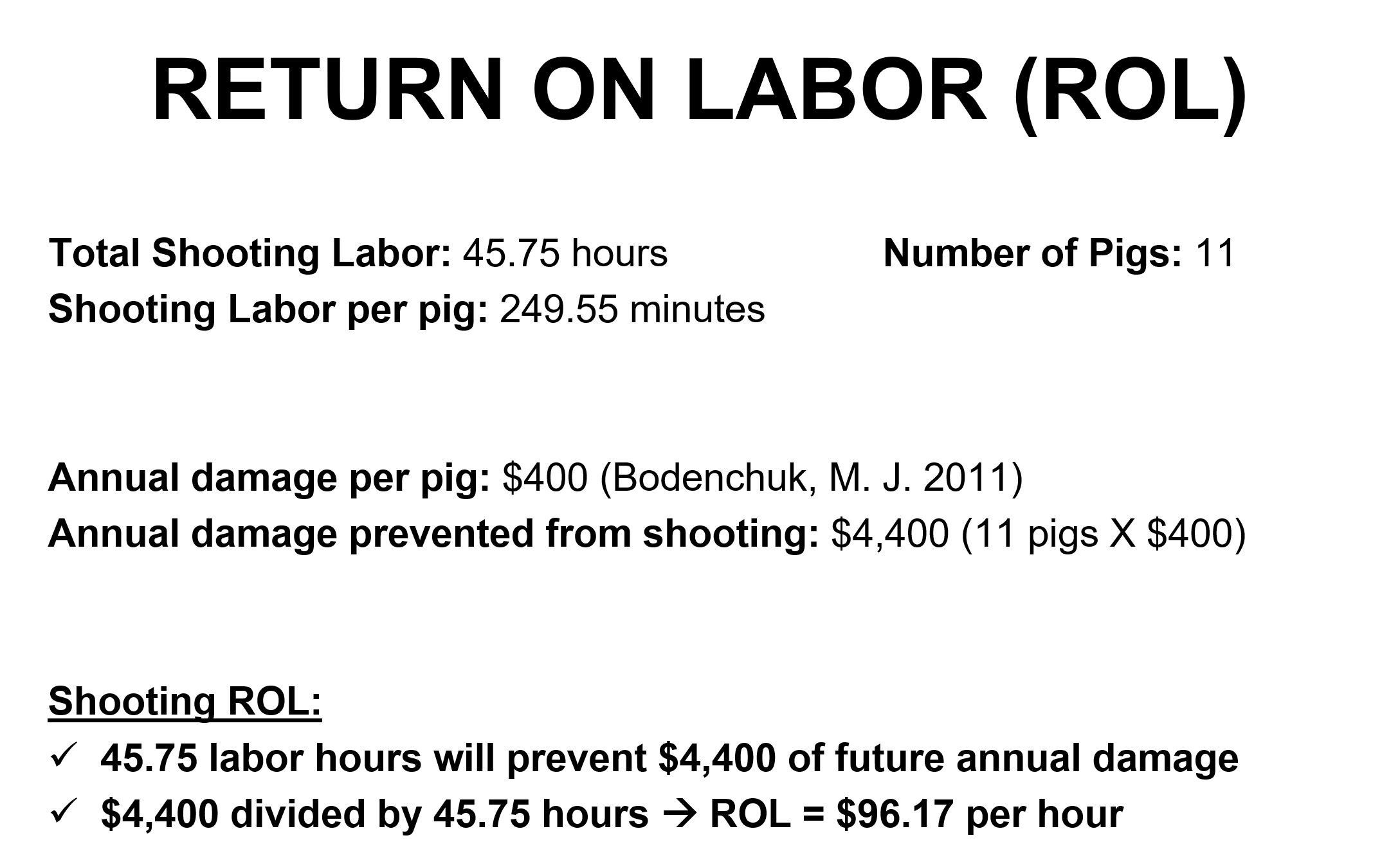