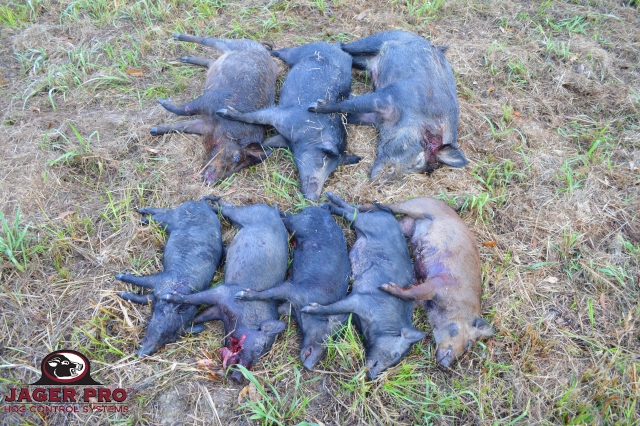 The I.C.E.® Cam photo shows the month is August and the overnight temperature is 63°F. We have established Sawtooth Acorns as the food source. Sounder Intel verifies two adults and five juveniles for a total of seven. We have determined one trained and certified Hog Control Operator™ will employ the shooting process using .308 Thermal-Scoped Rifles. Our performance standard is 100% success which means we must remove all seven pigs expending the least amount of fuel, time, labor and money. 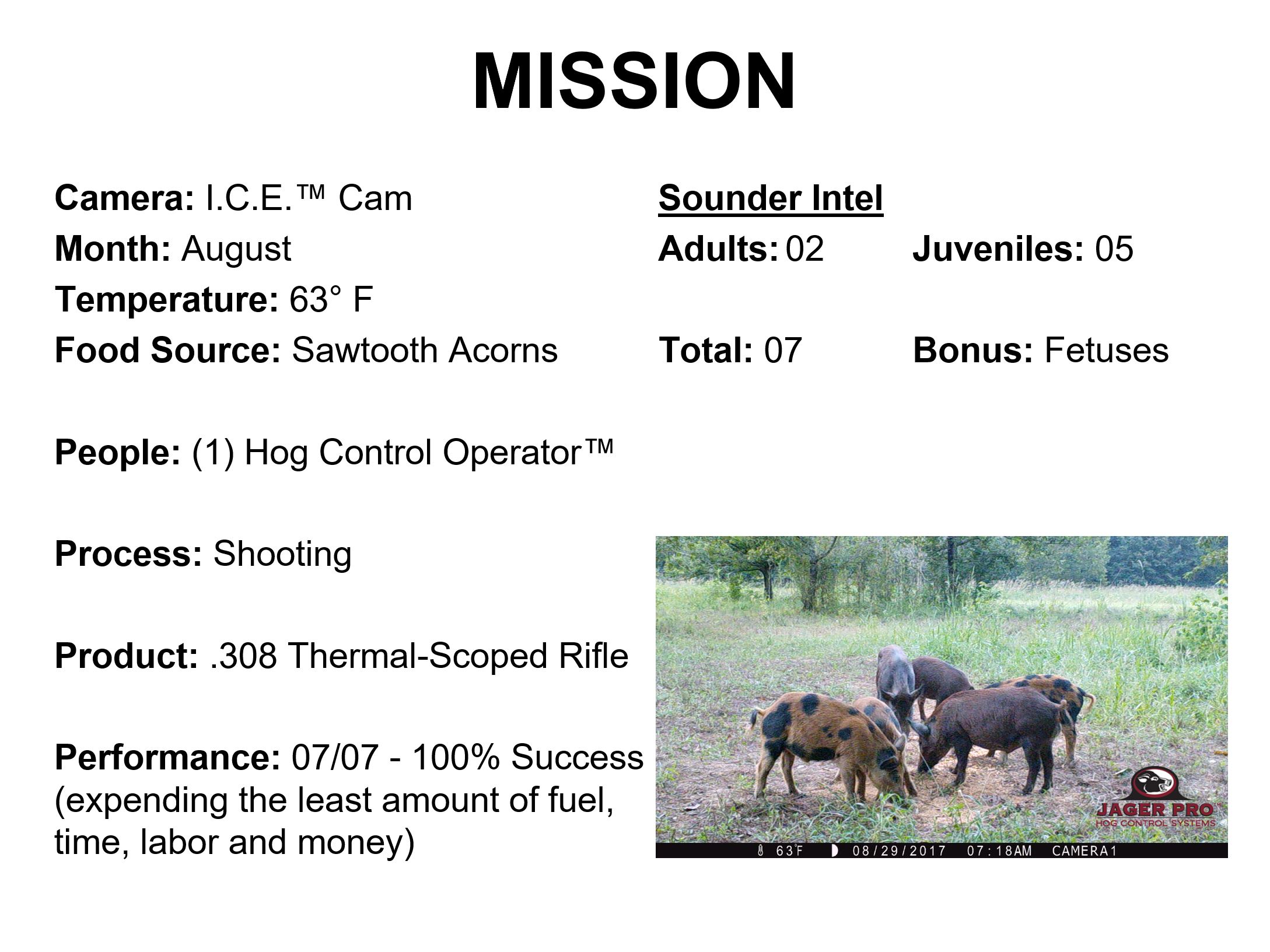 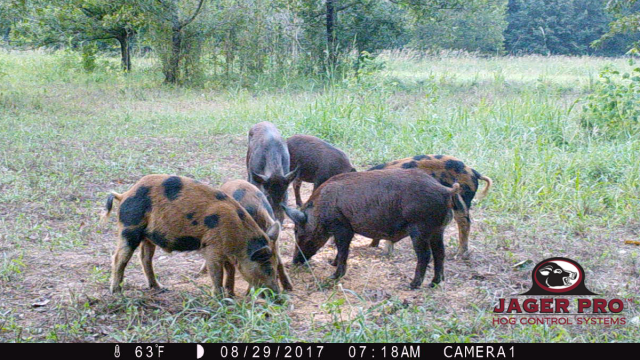 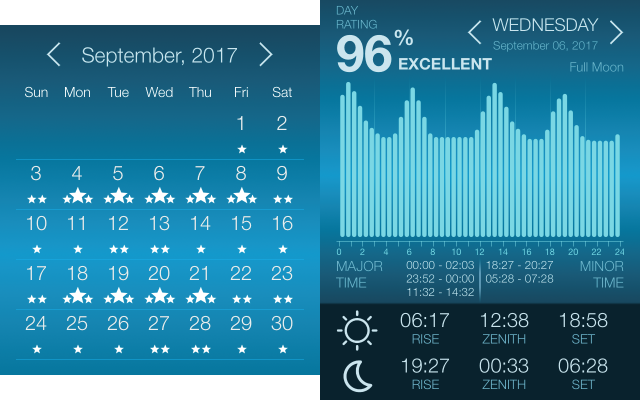 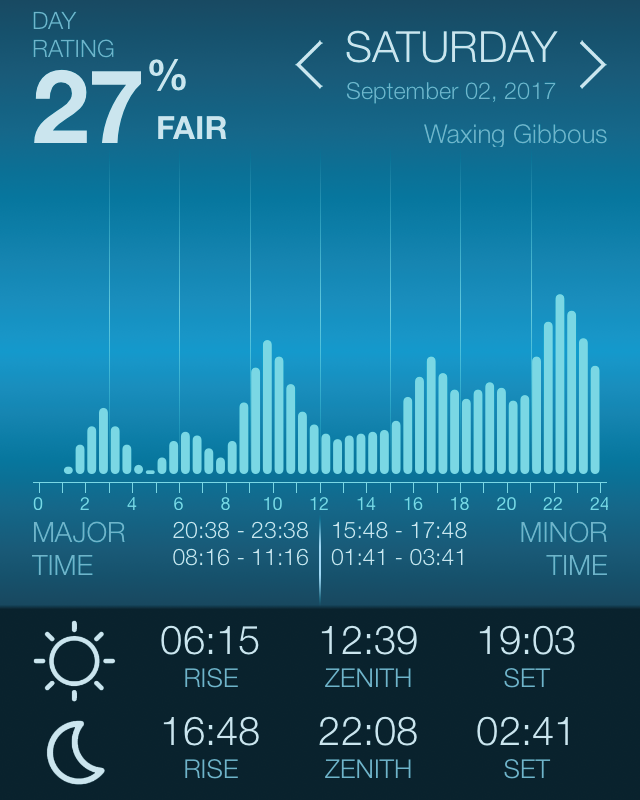 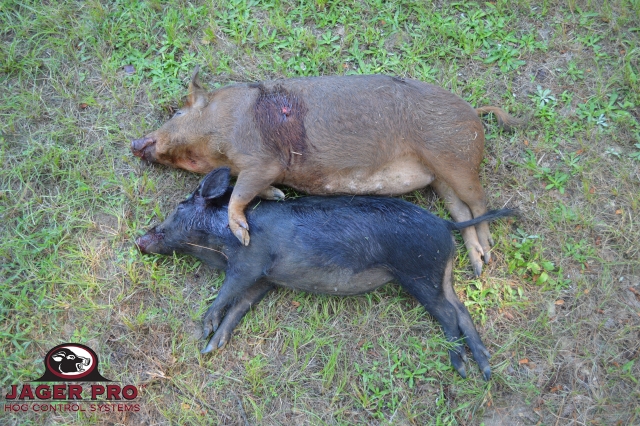 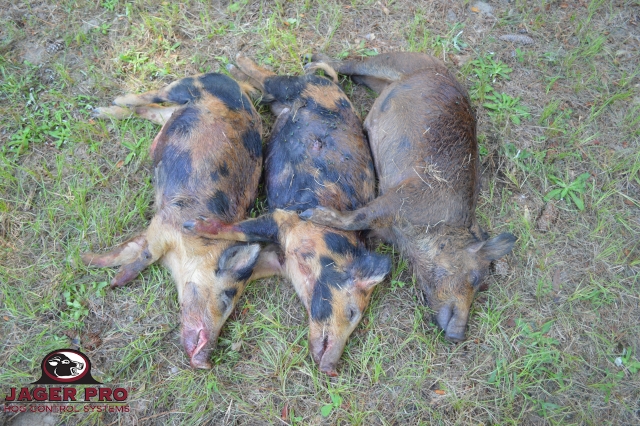 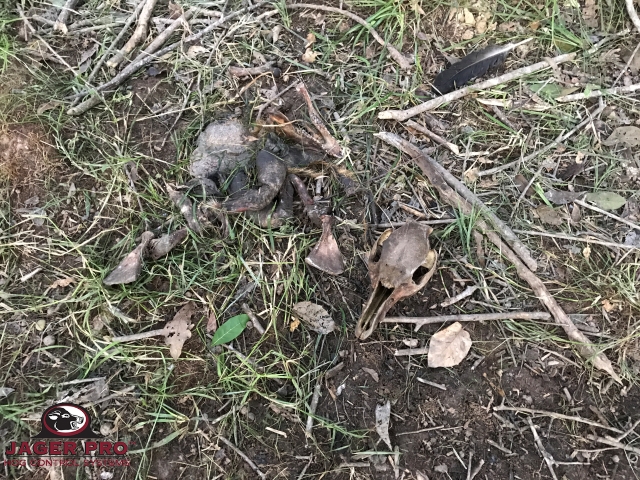 The solar lunar calendar shows an 87% EXCELLENT rating on 07 September and a 68% GOOD rating after midnight. 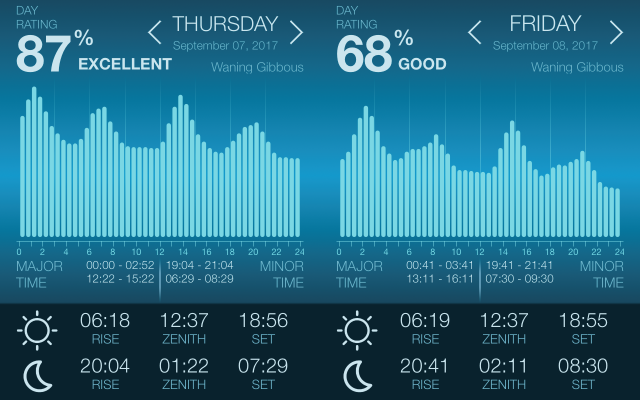 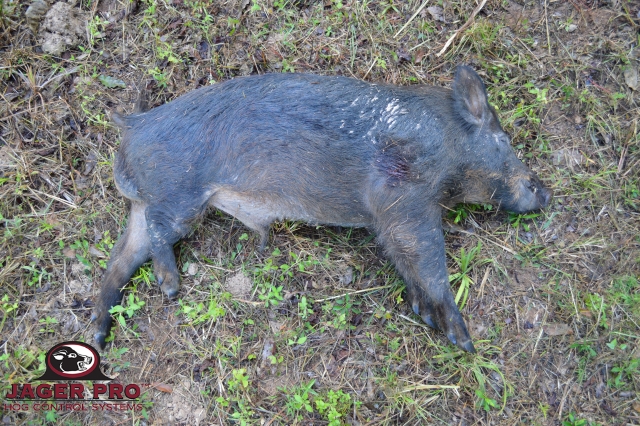 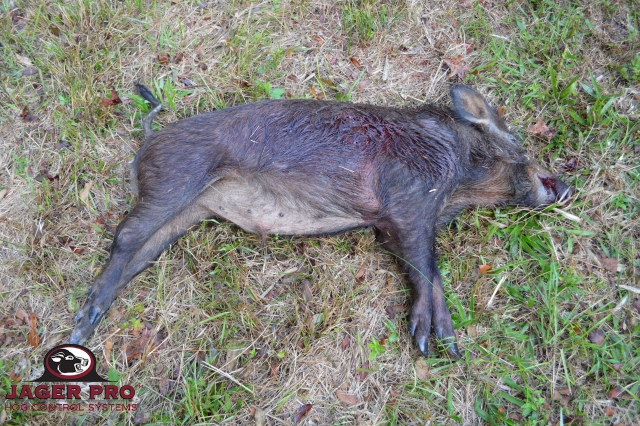 The solar lunar calendar shows an 83% EXCELLENT rating on 18 September as the new moon is scheduled for 20 September. 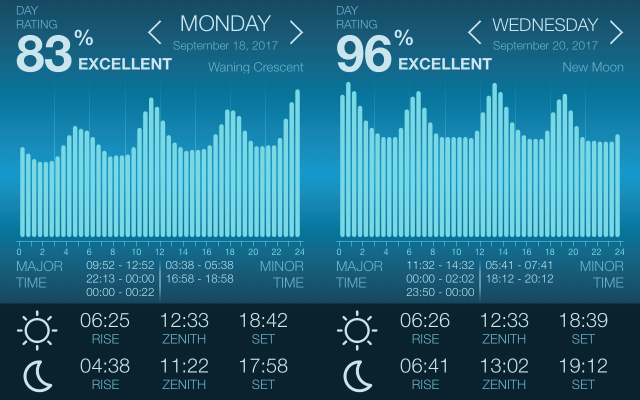 The solar lunar calendar shows a 35% fair rating with official sunset at 18:35. 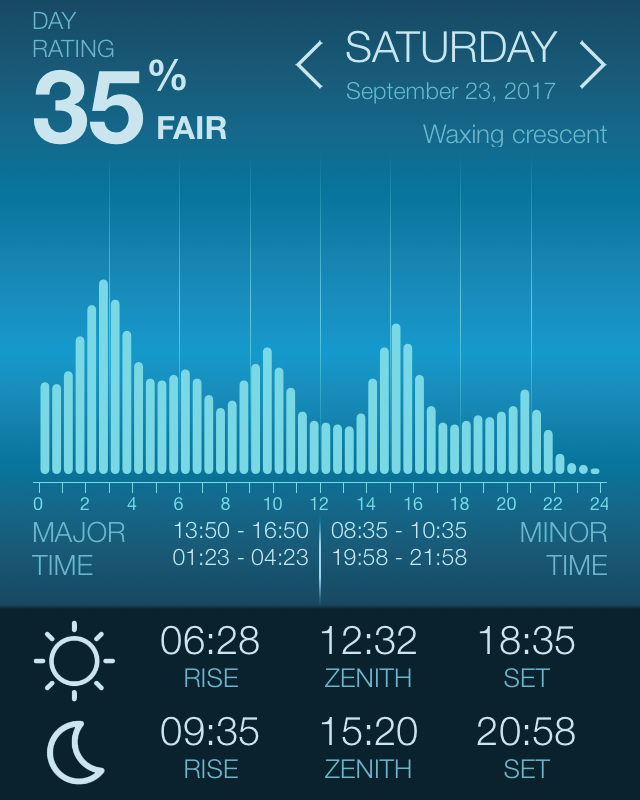 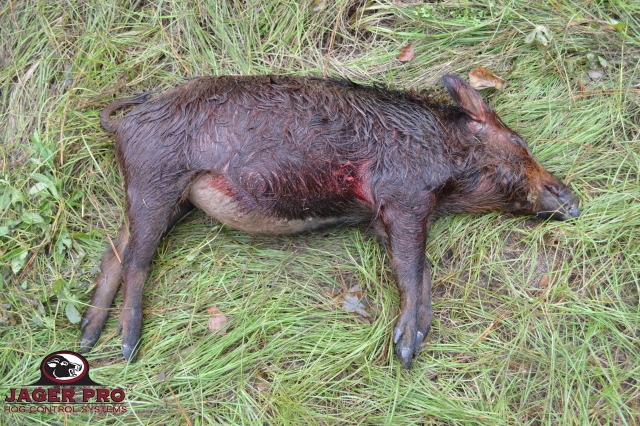 We removed seven of seven targeted pigs for a 100% removal success rate. Therefore, we accomplished our performance goals, using a trained and certified Hog Control Operator™, by shooting during fall months using our thermal scoped rifle. The total number of pigs impacted during this mission was seven. 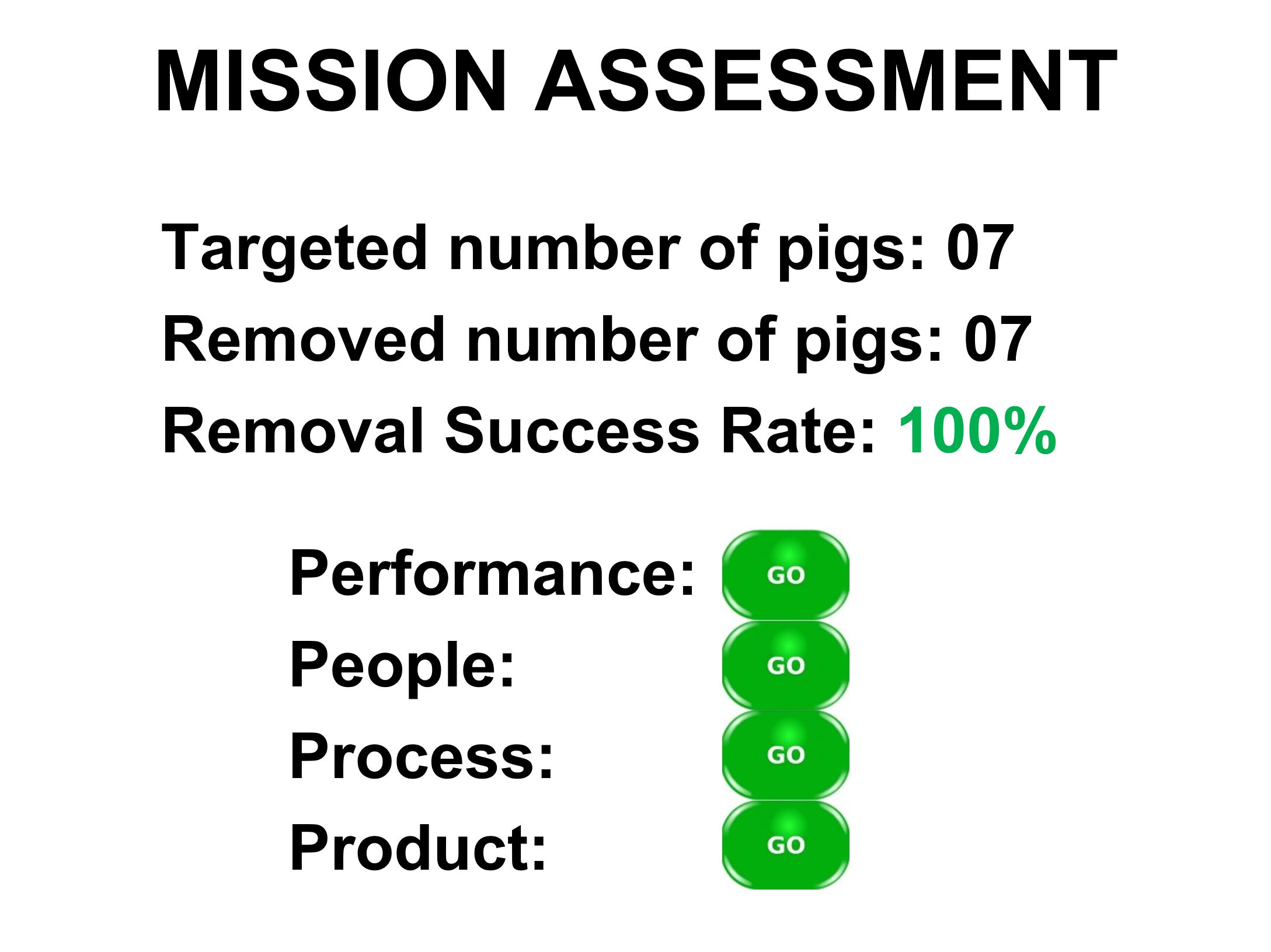 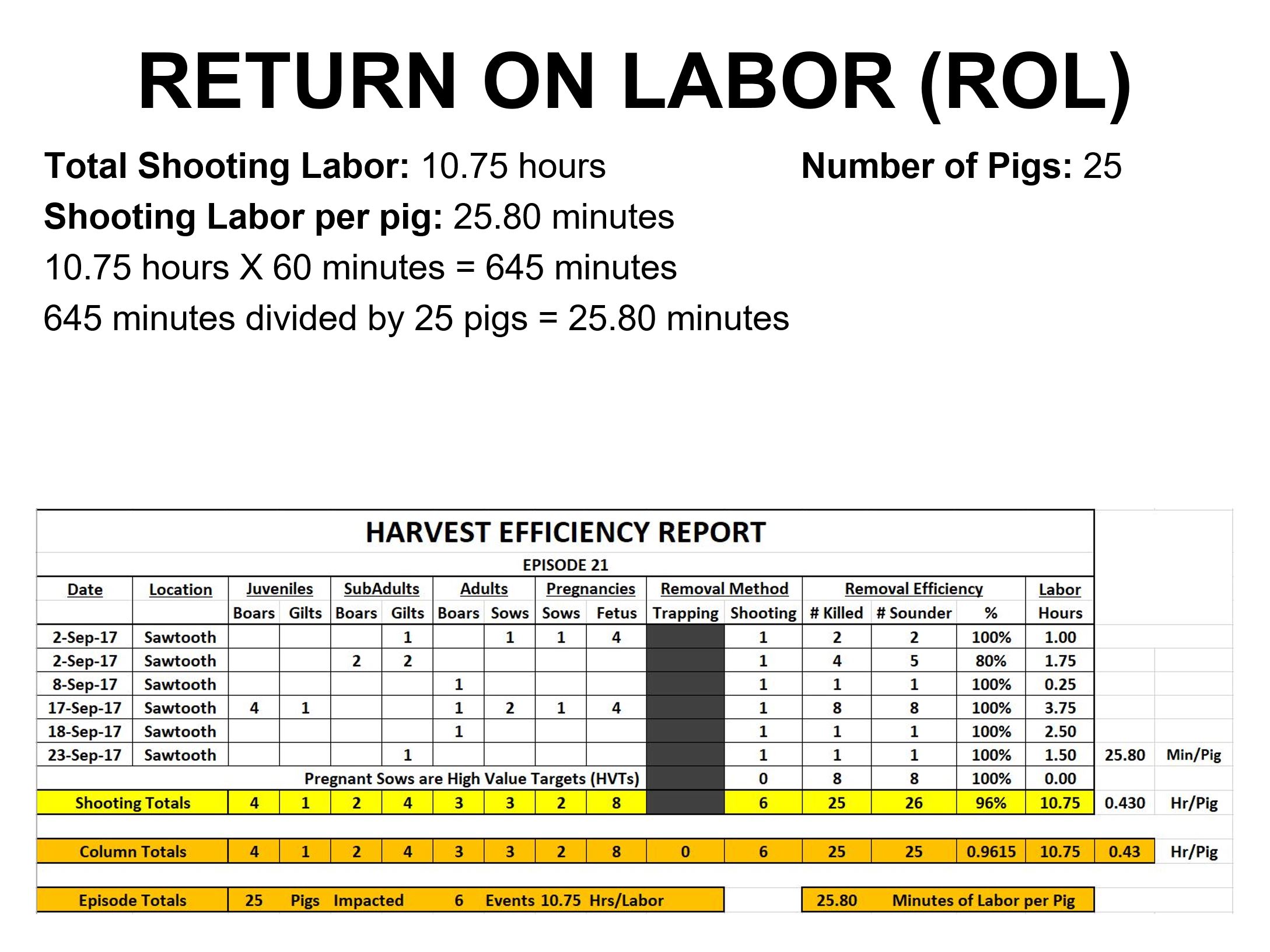 First, we extract our shooting data from the Harvest Efficiency Report. This episode, the annual damage prevented by shooting was $10,000, divided by 10.75 hours gives us a return on labor of $930.23 per hour. 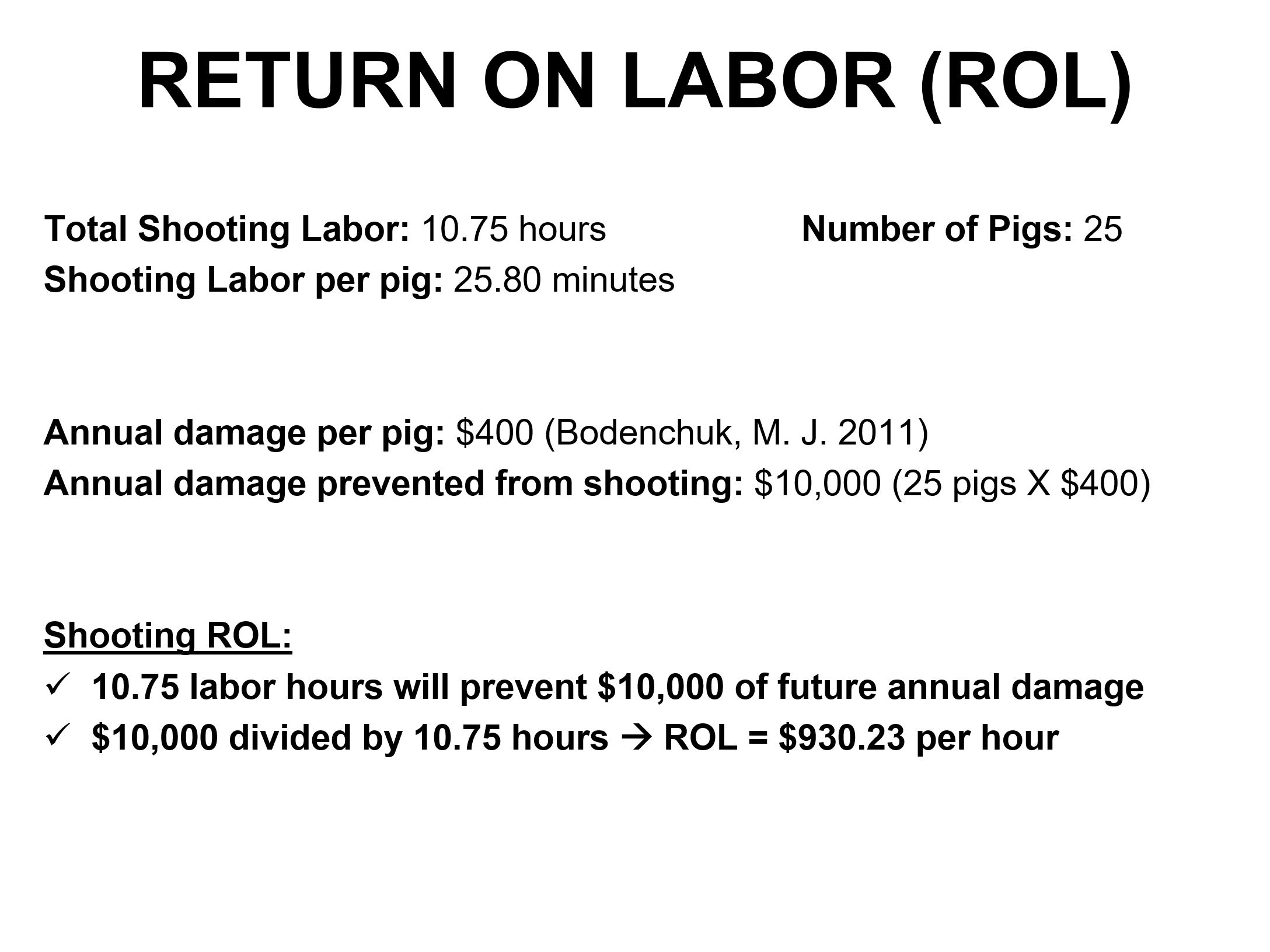