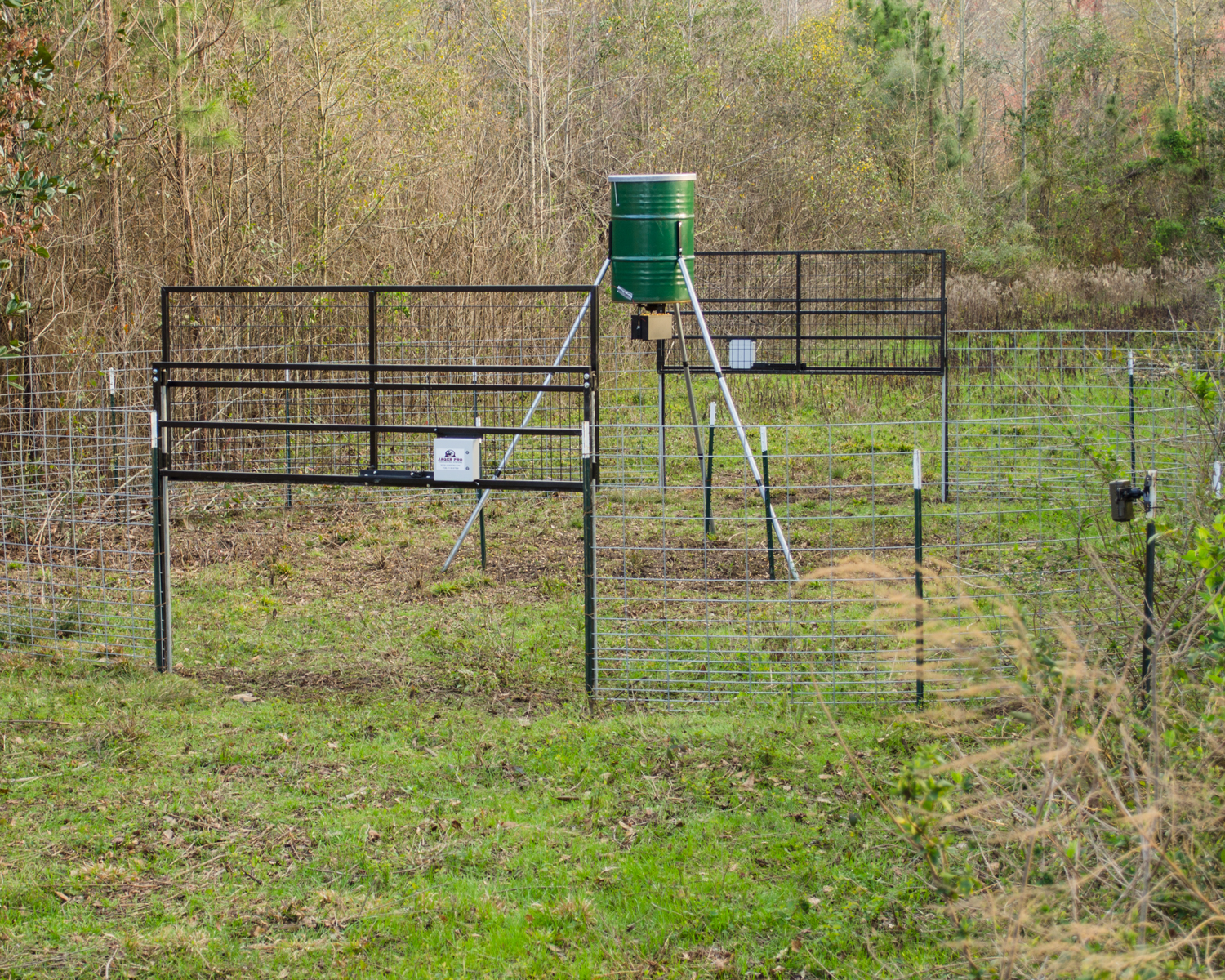 Trapping is the most cost-effective and efficient control method for removing large numbers of feral hogs, but only when performed correctly. An efficient trapping program captures the entire sounder at one time. If not, the remaining hogs will become trap resistant, breed and replenish the population. Maximum success is accomplished by ensuring all hogs are inside the trap enclosure prior to triggering the gate closed. Successful land managers must make performance-based decisions by measuring actual results. 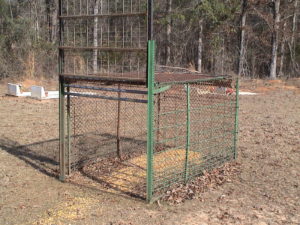 Traps have emerged in a variety of materials, sizes and shapes. Standard portable box traps are built four feet wide by eight feet long by cutting 16 feet long livestock panels to size and welding the enclosed tops and bottoms which allows the device to fit inside a standard size truck bed. Although portable traps are inexpensive and easily relocated, we do not recommend them for Integrated Wild Pig Control purposes because these devices only capture juveniles and uneducated adults. 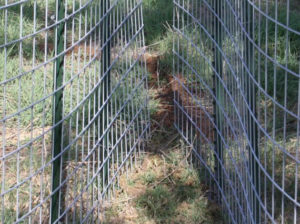 Wexford and Circle 6 designs are also referred as “funnel” traps since they require hogs to push through a panel (or panels) shaped as a funnel instead of using a gate or trigger system. Those trusting this funnel theory believe hogs will push through panels to enter a trap enclosure but cannot escape out the same funnel opening. However, academic research has revealed funnel traps are ineffective at capturing most adults. Uneducated juveniles are more likely to enter a funnel trap than adults. 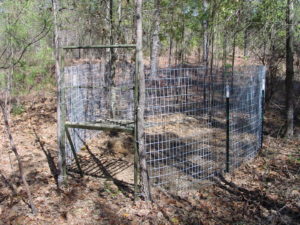 Another common trap design consists of erecting three livestock panels with a narrow 36-inch wide gate producing a small, 10 feet diameter enclosure. We do not recommend this design either because it is too small to capture an entire sounder and the narrow threshold requires excessive time periods conditioning adults to enter. All three of the above trap designs educate survivors to avoid future metal contraptions creating a “trap shy” or “trap resistant” pig. Trappers cannot accomplish 100% capture results unless the entire sounder trusts the corral enclosure prior to triggering the gate closed. 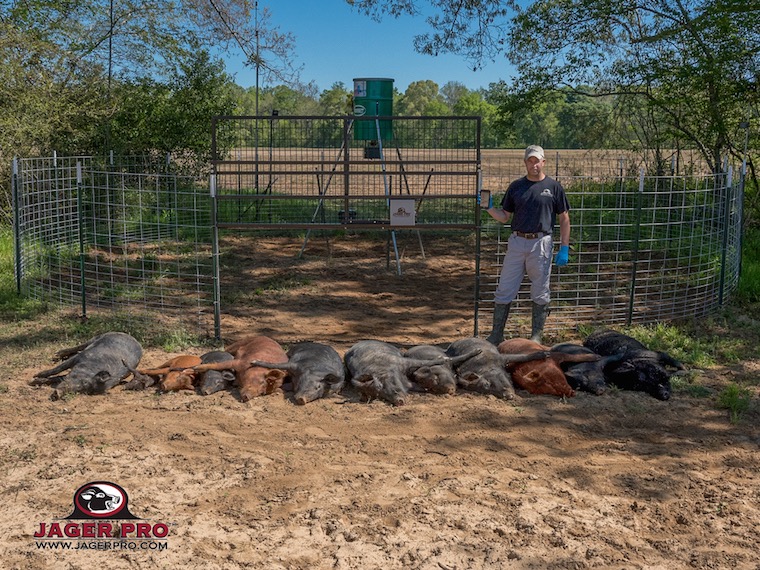 The most efficient design in our research was at least a 35’ diameter corral trap which demonstrated whole-sounder removal in less than six days at most bait sites using our patented 18-60™ Trap Panels to prevent both juvenile and adult escapes. A round design provides the largest trap area for materials used with no corners for the animals to pile up and jump out.

Trap gates are manufactured in a variety of widths, sizes and styles such as drop, root, swing and saloon. As with all trapping efforts, there are specific gate designs which are more effective than others. 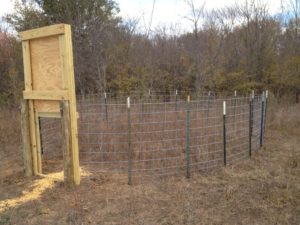 Standard gate sizes are built three feet wide by three feet tall, but we do not recommend such narrow thresholds for Integrated Wild Pig Control® purposes because these gate designs require excessive conditioning times for adults to enter. Narrow openings, such as this wooden drop gate, are notorious for only capturing juveniles and a small percentage of adults as trap resistant pigs will only feed to the gate but never cross the narrow threshold into the trap. 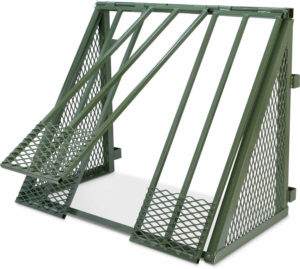 Root, swing and saloon designs are also referred as “continuous catch” gates since they are hinged at the top or side and only allow “one-way” entry. Those trusting the continuous catch theory believe any pigs still outside the trap enclosure once the gate has been triggered will continue to push through and enter the closed, one-way gate. However, academic research has revealed continuous catch gates are ineffective at capturing a substantial number of additional pigs after the gate is closed. Uneducated juveniles are more likely to enter a one-way gate than adults. Continuous catch designs also offer a potential for pigs to escape from the trap enclosure.

Academic research suggests maximum success is accomplished by ensuring all pigs are inside the trap enclosure prior to triggering the gate closed. Wild pig behavior dictates users must employ larger trap sizes with wider gate thresholds to improve their efficiency and performance. The most efficient (fewest days to condition an entire sounder into the trap enclosure) design in our research was an eight feet wide threshold designed as a drop gate. 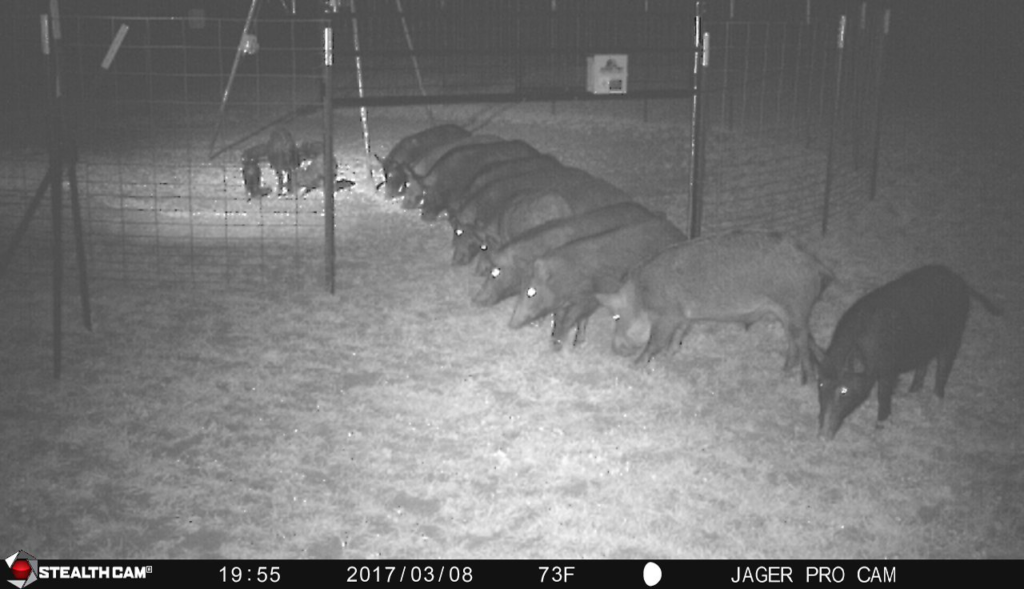 These 10 adults are comfortable feeding perpendicular to the gate threshold as they condition to the trap enclosure. The eight-foot-wide opening of the M.I.N.E.® Gate allows entire sounders to become conditioned to the 35-foot diameter trap much faster than a narrow gate threshold.

Adding a second gate allowed two entrances/exits and improved our capture efficiency by 94% while reducing our man hours to 13-minutes of labor per pig during the 2013-2014 Pennahatchee Creek Project. 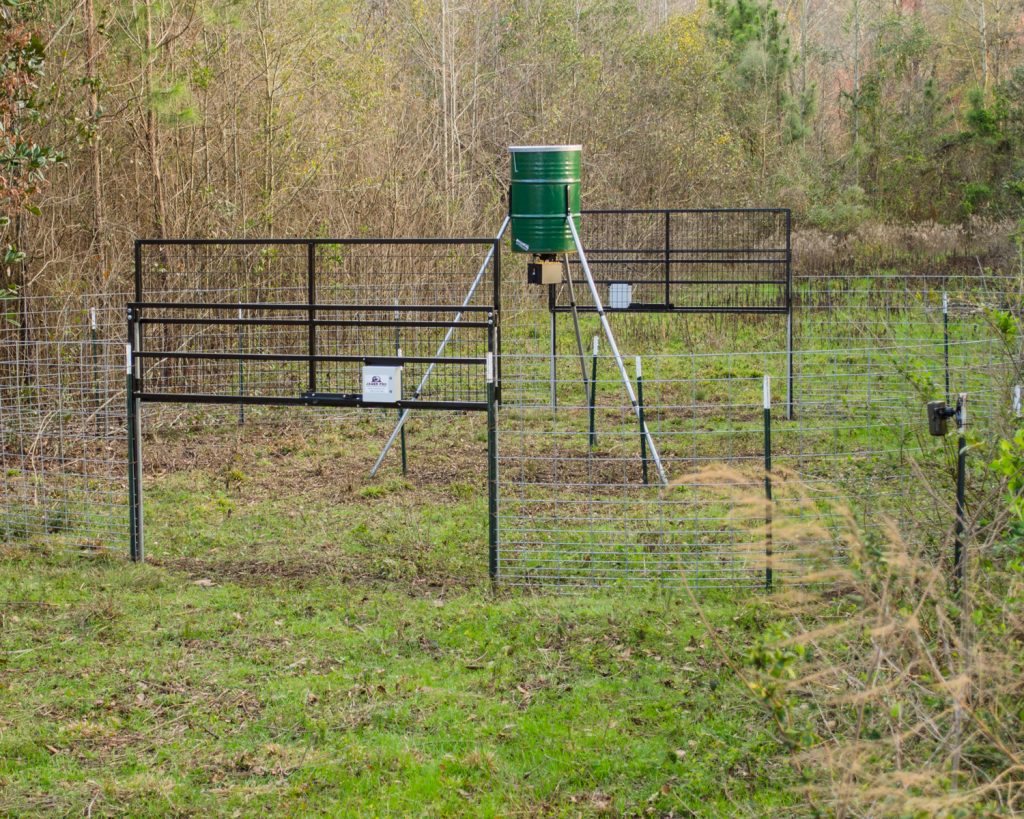