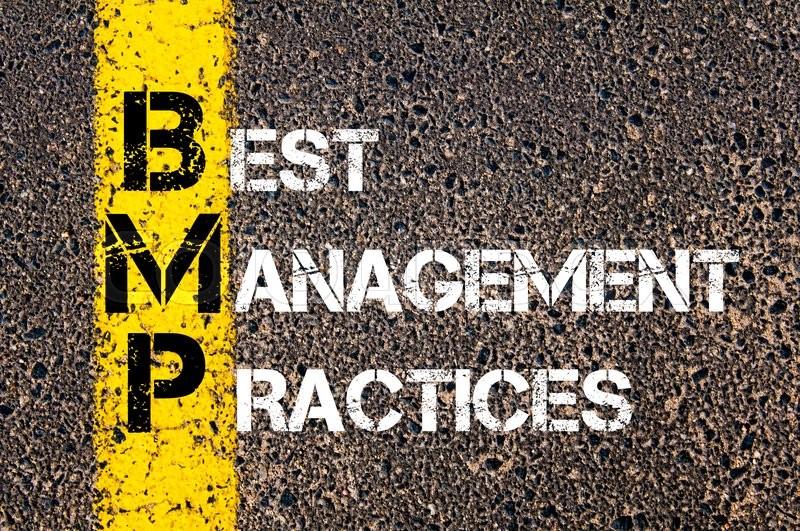 Best Management Practices (BMPs) for every species is based on scientific research (not compassion or animal rights) to protect the public health from diseases, bacteria, viruses and parasites. Science and academic research determines how a species is labeled such as nuisance pest, game animal, non-game animal or wildlife. This research also determines the BMP needed to either manage the pest/animal damage or actually control the pest/animal population. Professionals earn their living implementing the most efficient BMPs for each individual species. For example, bird control experts minimize airplane bird strikes by modifying the birds’ habitat and controlling the birds’ behavior because these methods have proven to be the BMP for birds. Hog control experts implement lethal control measures because these methods have proven to be the BMP for feral swine. There is no difference between JAGER PRO® killing thousands of feral swine annually and a pest control company killing thousands of termites, rats or cockroaches each year. It is agricultural pest control of a non-native, invasive species. 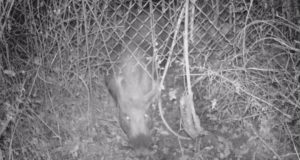 Using distress sounds or propane cannons to scare feral swine away are considered aversive devices and is (at best) a short-term solution. Pigs quickly become desensitized to the audio if no physical danger occurs. Creating a barrier (fence) to prevent crop destruction is considered a physical control. There has never been an academic study from any country to support aversion or fencing as an economical method to eliminate long-term agricultural crop depredation. Fencing is a logistically and financially flawed theory and does not address reproduction of the pest outside the fence. A single American farming entity may plant and harvest 2,000-3,000 acres spread across multiple counties. One square mile is 640 acres which would require 4 miles of woven wire fence costing $31,792. According to Iowa State University, it would take 672 hours of labor to build such a fence to protect a single square mile section of crops. The total fencing cost for 100,000 acres would be approximately $5 million requiring 105,000 hours of labor. 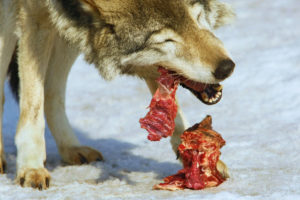 Controlling pests using natural predators is considered a biological control. However, feral swine are not native to North America and have no natural predators. The classical biological control of importing predators would be totally irresponsible for multiple reasons. According to the University of Florida, about 25% of feral swine in the United States are seropositive for the pseudorabies virus (PRV). Pigs are the only natural host for PRV which is fatal to dogs and cats with death occurring within two days. Wild carnivores are susceptible to PRV and the virus has been documented in European brown bears, wolves, Florida panthers and coyotes. Wolves and mountain lions surviving PRV are four-legged killing machines and could definitely lower the feral swine population as well as the deer, elk, moose, sheep, goat, cattle and horse population.

Will government agencies reimburse farmers and ranchers when introduced wolves and mountain lions kill their livestock? Government does not have a very good track record of managing any project effectively. Minnesota’s wolf depredation fund costs their state taxpayer’s additional money each year. Also, animal rights activists and environmentalists cannot be trusted to allow wolf or mountain lion populations to be properly controlled (hunted and trapped) when native wildlife species are over-predated. This predator theory is very misguided as the largest wild hog populations are located in southern states where a healthy bear, coyote, bobcat and fox population already exist. Wild pork rarely exceeds 5% of predator stomach content research according to published academic research. 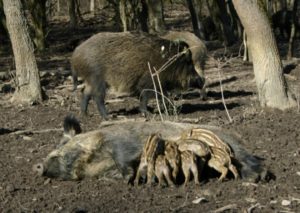 A single sow will produce two litters of 6 to 10 pigs annually and their offspring will reach sexual maturity within eight months. 100 sows can escalate to 1,600+ pigs (100 x 16) in one year. There are currently no chemical controls legally approved for use in the United States. Besides, it is more efficient to euthanize feral swine than to physically inject them with a contraceptive. We support research into other means of chemical or biological sterilization (bait contraception) if used in conjunction with lethal control measures. Even if these drugs were approved, the next logistical problem becomes how to administer bait contraception specifically to feral swine without affecting non-target species. 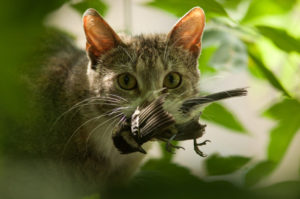 Trap-Neuter-Return (TNR) programs have become popular in urban areas to control feral cat populations. However, TNR does not stop bird predation from neutered feral cats. Animal rights advocates only see the individual cat saved from euthanasia as their definition of success and are willfully blind to any other consequences. A neutered cat kills 30+ birds a year. Over a 10-year period, the TNR program would allow 30,000 unnecessary bird deaths if the local population had 100 cats. It is ironic how TNR advocates see cat deaths as individual tragedies, but native songbirds somehow just die as a species. TNR programs are a complete waste of time, money and energy. The real solution to the problem is a public education campaign to stop people from abandoning cats while euthanizing those which are trapped.

The logical basis for feral swine control is exactly the same. Contraception does not solve crop depredation. Castrated males or infertile females eat the same number of crops and cause the same amount of crop damage as reproductive adults. Bait contraception (if successfully developed) would only help slow reproduction while whole-sounder lethal control methods are administered. State law enforcement campaigns must also be implemented to arrest and punish those illegally transporting and releasing feral swine.

Unlike other agricultural pests, there is not an acceptable population level (action threshold) for feral swine. Any feral swine indicator on a property requires immediate lethal action. Mechanical controls such as high-volume trapping and thermal night shooting are the most efficient options. The American Veterinary Medical Association (AVMA) lists a bullet to the brain as a humane method of euthanasia.

American Veterinary Medical Association Guidelines for the Euthanasia of Animals – Page 36 – M3.5 GUNSHOT – “A properly placed gunshot to the brain can cause immediate insensibility and a humane death. Under some conditions, a gunshot may be the only practical method of euthanasia.”

Hog Control Operators™ make daily decisions based on effective processes and efficient products. The cost of our M.I.N.E.® Trapping System is only $3,500 which is less than the cost of one semi-automatic rifle topped with a Gen 3-night vision scope or a 336×256 resolution thermal scope. Our trapping process is more efficient (25 pigs, 2 personnel, 4 hours of labor) and our product is less expensive than a rifle with night optics. Also, the number of personnel, rifles, thermal optics, ammunition, fuel, vehicles and man hours required to shoot 25 pigs (multiple events) is far more expensive than trapping them (one event). 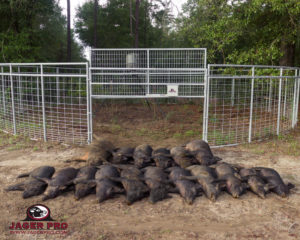 JAGER PRO® developed the Integrated Wild Pig Control model which is “a strategic approach using a series of innovative lethal control methods and technologies implemented in a specific sequence based on seasonal food sources. Emphasis is placed on efficient removal of the entire sounder at one time to eliminate escapes, method education and reproduction. The control strategies must continually change throughout the various seasons to effectively target adaptive survivors.” Trapping is more efficient in the winter to target sow and pig sounders. Thermal shooting operations is more efficient in the spring during planting season to target boar bachelor groups avoiding winter traps. Professionals must factor all variables to make informed, educated, performance-based decisions. Lethal control is the Best Management Practice (BMP) for feral swine.