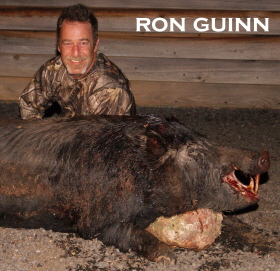 Ron retired from the US Army with 24 years in combat arms. He spent his entire career in the Armor Corp and specialized in combative tactics, techniques, movement and concealment. His "Tank Killer" training taught him to utilize terrain and natural surroundings to get close and destroy enemy targets during Operation Desert Storm.

Ron owns Salty Hog Outdoors, LLC and operates an offshore chartering business based out of Panama City, Florida. He has 37 years of shooting experience with 11 years shooting wild hogs in Georgia. He has been conducting thermal hog control missions with JAGER PRO™ since January 2012.