All Jager Pro M.I.N.E. cameras have internal transmitters. *Note: the max distance from gate to camera is 50 meters before you have problems and yes, one camera can operate multiple gates. 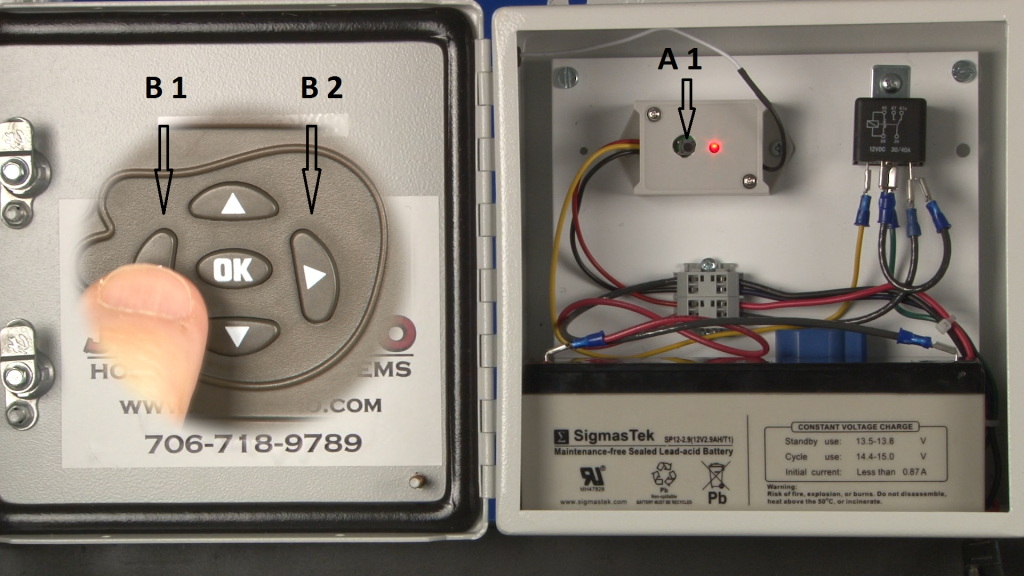 Repeat these steps on other control box receivers if multiple gates are used at the trap enclosure. Move camera selector switch from SETUP to ON and send SMS text command *777# to test transmitter and receiver calibration and gate operation.

To time or re-sync your onsite remote. In the control box, press and release the button, the red light will come on. Press and hold for 2 seconds then release the button on your remote, the light will come on, simultaneously, the red light inside the control box will blink 3 times and go out. Conduct a test by pressing the button again, the latch will activate. If it does not work the first time, try again.