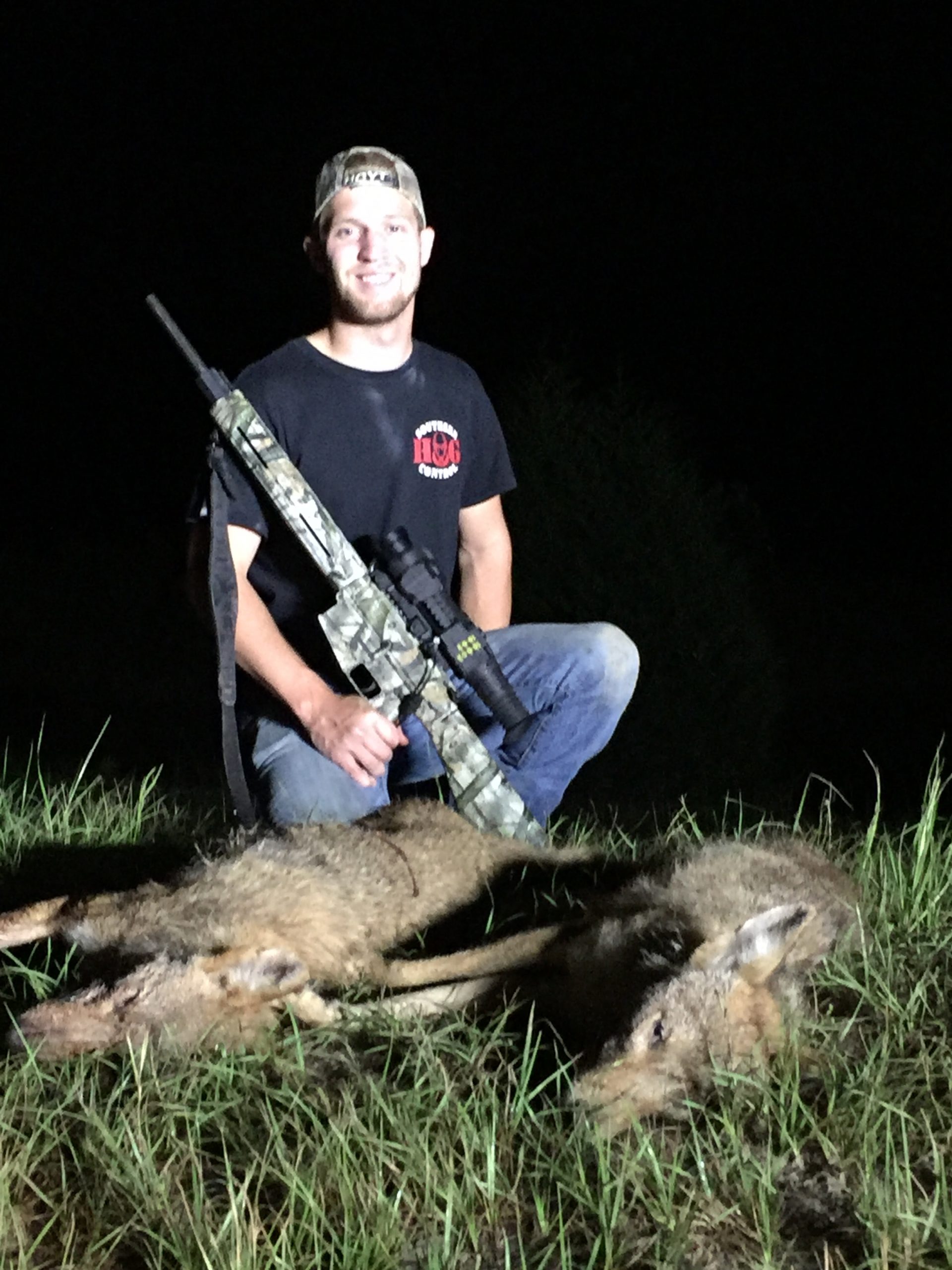 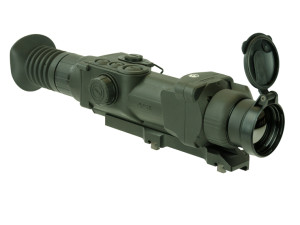 This month I wanted to review the Pulsar Apex XD50A. I have used the Apex A product line for a while now. Please note that there two versions of the Apex Thermal Scopes. The XD 38/50/75 and XD 38A/50A/75A. The only difference in these scope models are the screen. The Apex line has an OLED screen whereas the Apex A line has a LCD screen. I have used both and do not see an advantage to the OLED screen or the need to pay an extra $1000.00. Both scopes have 384×288 sensor resolution and 640×480 display resolution. Because of the price point and the specs, I think the Apex XD50A is very competitive with an Armasight Zeus 336 – 42mm lens. Many customers choose the Apex over the Zeus and maybe this is why.

I am very impressed. This scope features options and functions which other manufactures do not offer. The menu is very user friendly. There are three buttons on top; power, calibration and the back button is for “extra modes” where you can use your digital zoom, black hot/ white hot, or Picture in Picture (PIP). The main menu is very easy to use. Everything is controlled by one button (controller) on the right side that is the selector and navigator.  If you rotate and press the controller,  you can change brightness, contrast, and variable zoom.  To access its two menus, simply press the controller for two seconds until you see M1 and M2. Here you can change every option in the scope, like operation mode, reticle, reticle color, video output, defective pixel repair, sight the scope in. I believe my favorite options are the picture in picture (PIP), zeroing with freeze function, and display off function. The PIP is easy to access after you go into the menu and turn the PIP function to yes.  Exit the menu and you can now use your extra modes button to start PIP. This will zoom in with a second reticle at the top of your screen while you still have all of your field of view on the bottom. The display off function is great for anybody waiting to shoot their game animal and has a separate hand held monocular. If your scope is on and you have to wait or move to get a better shot, you can have the scope in a standby mode, and not drain the two CR-123 batteries so quickly.

I zeroed the scope to a .308 caliber, semi-automatic rifle using a 2″ by 4″ hand warmer taped to the center of a cardboard box. I decided to use the freeze function zeroing feature because I was skeptical the scope could zeroed in one shot. I aimed at the hot pad center and pulled the trigger. My bullet went high right so I went to menu M1 to turn on freeze function. In freeze function option, I aimed at the center of the target and pressed the controller to freeze the screen. I simply moved the reticle to my point of impact and pressed the button again to save the zero. Second shot was on the money and I felt very confident to start the hunt. 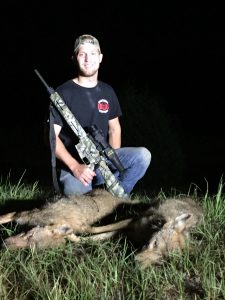 This was my first time shooting coyotes but how hard could it be when you have fantastic thermals at your disposal. I am using an Apex XD50A on my Remington R-25 and another Apex as a hand held monocular, which is easy to do once you take the reticle out of the scope. One field is approximately sixteen acers and the neighboring field is about 50 yards wide and 300 yards long. I spotted the first two coyotes crossing the “runway field” so I decided to put a stalk on them. When I entered the clearing, I observed the pups about 100 yards away and closing fast in my direction. I had no time to put a call out so I got set up and decided to let them walk to me. The first coyote came within 40 yards and gave me a perfect broadside shot. I pulled the trigger and it took off after running in circles away from me. As I was tracking the same pup the second coyote caught my eye heading in the opposite direction. I pulled the trigger while he was running and dropped him. After the excitement, I could see both on the ground. I walked over to take a look and spent about 15 minutes before I got back to my tripod trigger stick. I decided to scan the field one more time and saw a lone boar 100 yards away. I stalked him and laid him down. Thinking I just had an amazing hunt and was done for the night I decided to head back to the truck. Before I left, I wanted to use my little $100 electronic caller one more time in the big field. I am glad I did because I was able to kill two more within ten minutes.

Needless to say, I am truly impressed with this scope. One minor flaw in my opinion is the older 25-micron pixel processor is not as clear as the FLIR Tau 2, 17-micron pixel core that is used in an Armasight Zeus. You are also stuck with 384×288 resolution whereas other scopes range from lower to much better. I can tell this scope is not quite as clear as others on the market but for what I just did, how much more do you want. I think this scope is more than enough for any hunter or landowner to successfully target and engage animals within 500 yards. You really cannot beat the price either. This Pulsar Apex XD50A ranks a nine for me on bang for your buck. 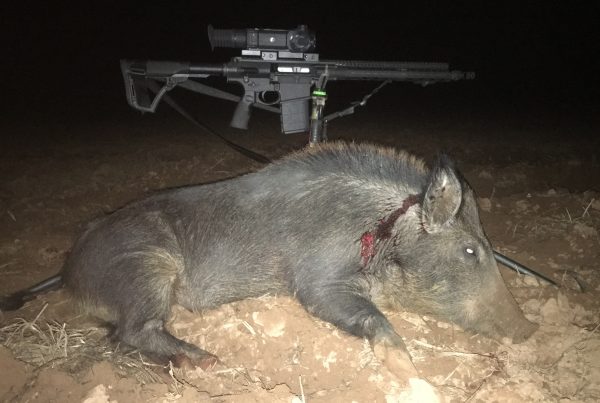 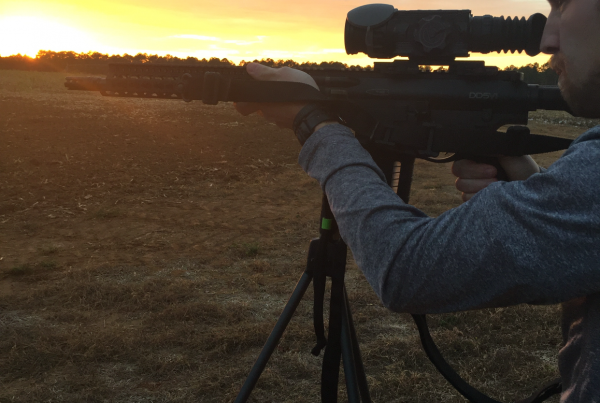 Sighting in your FLIR Thermosight and Armasight Zeus/ Zeus Pro